Forced displacement has torn apart towns and communities throughout Colombia. Especially during the last three decades, the country experienced a mass exodus of people seeking to escape the horrors of war, resulting in around eight million victims. Forced displacement is not a dynamic limited to rural regions of the country. It also affected large capitals, intermediate cities, and small municipalities. Locating the areas that suffered the most from forced displacement is part of the challenge of understanding the effects of the use of terror in the midst of the conflict.

Conflict Urbanism: Colombia has contributed to discerning the spatial effects of forced displacement in two stages: in 2016 - during a pivotal moment marked by the signing of a peace accord between the Colombian government and the FARC guerrilla - Juan Francisco Saldarriaga developed a groundbreaking interactive map to illustrate the spatial extents of forced displacement across the country. In 2022, Juan Sebastián Moreno expanded this work, updating the information in the map and adding new angles of analysis to connect the flows of victims of displacement to other violations to Human Rights across the country.

To create this interactive map, now available both in English and Spanish, we employed data from the Unified Registry of Victims, the largest official repository of forced displacement victims, to trace lines between the points of departure and arrival of all individual victims of displacement between 1985 and 2021.

The map focuses on the 200 municipalities where forced displacement had the greatest impact and shows that the effects of forced displacement were not uniform. Cities like Bogotá, Medellín and Santa Marta have been the main recipients of victims of the conflict. However, the people who have been forced to leave their territories not only found refuge in the capitals. Other very small towns have fulfilled a similar role in regions such as the Gulf of Urabá and Montes de María, near the Atlantic Coast. Additionally, not all victims of displacement have completely abandoned their hometowns. In some intermediate cities, such as Buenaventura and Tumaco, more than half of these victims had to move within their own towns. 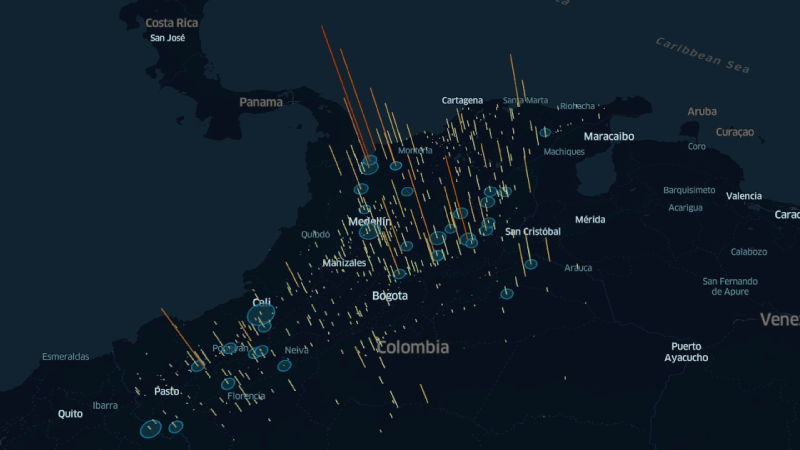 Multiple data visualizations, produced in collaboration with Colombia’s Truth and Reconciliation Commission, add nuance and spatial detail to the intricate geography of forced displacement in the country. 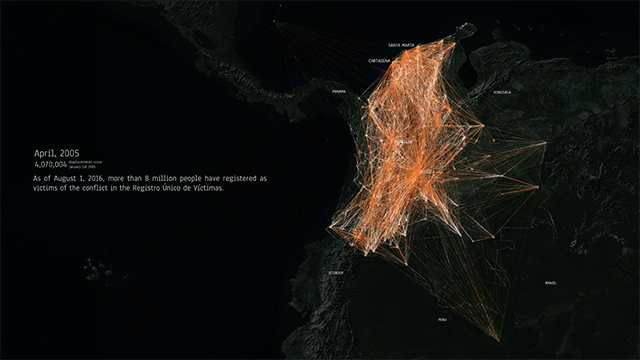 Using a simple particle system, this video animation illustrates every single reported forced displacement in the country from 1985 to 2015, and provides a clear idea of the spatial and temporal evolution of the conflict. 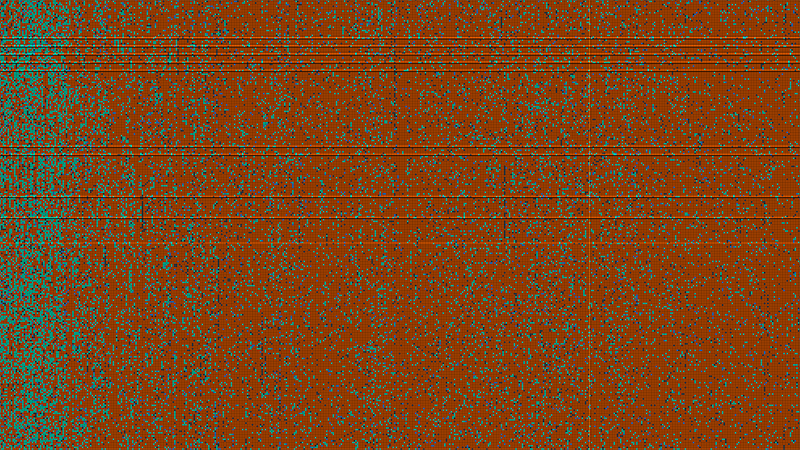 Using a random sample of 200,000 victims represented as individual pixels, this interactive prototype reveals some of the most interesting patterns of the conflict.

Conflict Urbanism: Colombia is a collaboration between the Center for Spatial Research at Columbia University, the Truth and Reconciliation Commission, and the Masters in Peace Building at the Universidad de Los Andes. This project has been generously funded by the Andrew W. Mellon Foundation through their Architecture, Urbanism, and the Humanities initiative. For more information check out our about page or contact us. The graphics and analysis in this website are licensed under a Creative Commons Attribution-NonCommercial-NoDerivatives 4.0 International License

. The data for this site was provided by the Truth and Reconciliation Commission and the Registro Único de Víctimas and may not be shared or used outside of this website without explicit permission.